Datai Bay: Where the Forest Meets the Sea

It’s the most isolated part of Langkawi, but even though it’s an hour’s drive from the island’s main town, the wonders of Datai Bay proved to be an irresistible lure for travel photojournalist David Bowden, who found serene beaches, pristine rainforests, two well-hidden resorts, and some of the most beautiful golf fairways in Malaysia.

Imagine sitting on a beautiful beach sipping the first refreshing beverage of the afternoon just as the sun sets over a sparkling expanse of water. Just a onehour flight from Kuala Lumpur, Langkawi makes all this possible with an afternoon flight from the capital. I have always maintained that Langkawi offers the best and closest beaches to Kuala Lumpur, despite having to fly to there to bask on them. Smaller regional airports, such as Langkawi’s, are also a blessing and it is a breeze negotiating the luggage carousel, taxis, and Langkawi traffic to ensure the above scenario is a plausible one to make a reality. Even if you fly in from another country, you will be through immigration and customs in no time.

I am always one for heading off on journeys of discovery, with my last visit to Langkawi taking me to the isolated northwest part of the main island (there are 99 in the Langkawi archipelago). Langkawi covers an area of 478km2, which equates to approximately 20km (north-south) by 30km (east-west). Of course, islands can be deceptively larger than they appear on a map and circumnavigating Langkawi by car can take a handful of hours – and that’s without stopping to see things along the way.

My destination was physically just on the opposite side of the popular Mount Machinchang tourist precinct, but an hour’s detour from where the main tourist attractions of the cable car, Oriental Village, and Berjaya Resort are located.

ROAD TO THE BAY

The road to Datai Bay passes several places of interest including Crocodile Adventureland Langkawi, Pasir Tengkorak Beach, and a dramatic waterfall. Perhaps the only drawback is that the road to the bay is a dead end, so it is my suggestion to save a few sights for the return trip along the same stretch of road. Hundreds of crocodiles are housedin Crocodile Adventureland, with the resident crocs especially active at feeding times. Having been here before, I was not so enthusiastic about revisiting but as I had a Langkawi novice with me, we stopped to look at these mammoth reptiles basking in the Langkawi sunshine. They have ‘shows’ where visitors can see the crocodiles do ‘things’, which is probably thrilling for many, but we chose just to observe and photograph them.

Further on, there are several access points to beaches, with Pasir Tengkorak the easiest to reach via a short walk from a car park. The beach faces several islands across the maritime border with southern Thailand (so close in fact, that on a previous trip to this part of the island, my mobile phone switched to a Thai server). There are basic facilities at the beach and a pleasant shaded stretch of sand for lounging.

A few kilometres on, after the road takes a noticeable left and westerly turn, look out for Hutan Lipur Air Terjun, which is a small recreational forest where the falls are located. At 35m high, Temurun Waterfall is Langkawi’s tallest – and its most spectacular, especially after rain. Fortunately, when we visited, the rains had come the previous night, so the falls were looking most impressive. The river has been dammed below the falls to create pools that ensure the area is popular with the locals for picnics and bathing. They become predictably crowded on weekends, which in Langkawi fall on Friday and Saturday to accommodate the island’s Muslim-majority population.

FOREST BY THE BAY

Located on the far northwest of the island, Datai Bay, or Teluk Datai, is fronted by near-untouched forests that are also the home for two exclusive resorts located along a shallow bay. Unlike crowded Pantai Cenang, the guests at the two resorts enjoy the luxury of having the beachfront all to themselves.The Datai and The Andaman Luxury Collection Resort Langkawi are located where the rainforest meets the sea. Both are immersed within the rainforest and just a few minutes from the forest-lined beachfront. From the water, both are hardly discernible and each won architectural and environmental awards when they were first built about 20 years back. The Datai has just undergone a major refurbishment, and The Andaman is still one of Langkawi’s finest accommodation options, with the forested views from Jentayu Lounge ensuring a most relaxing bar where the wild cocktails are as good as the wildlife sightings. Tall rainforest trees along the beach were carefully preserved and retained when the resort was built, so now guests peer through the trees to see the waters of the Andaman Sea. Malaysia’s tropical rainforests are some of the world’s oldest, tallest, and most species-rich of all forests. Langkawi’s warm and humid climate ensures that large tracts of rainforest thrive here with three of the best locations to access them being Gunung Raya, Datai Bay, and Gunung Machinchang. Dipterocarp trees (distinctive as they have seeds which have ‘two wings’) dominate the forest. These forests are typically layered with different plant species growing on the forest floor, understorey, midstorey, canopy, and those true giants that emerge above the treetops.

Part of the promontory here has eroded to form residual islands or sea stacks. Subsequent erosional forces have carved out sea caves in the ancient sedimentary rocks. The distant islands are those of Tarutao National Park in southern Thailand. Nearby, the Els Club Teluk Datai Golf Course has been magnificently crafted around and through the virgin rainforest under the guidance of South African golfing luminary Ernie Els. The original 18-hole championship course was redesigned by Els to tweak the course and make it even more challenging than the original layout. Golfers comment mostly on the narrow, forestlined fairways that require a lot of accuracy with drives off the tees. The respective concierges in both nearby resorts can arrange a round of golf and transfers to the course, although it the Els Club is only a short distance from both.

Datai Bay is visited mostly by guests staying in the two resorts here, but it makes a pleasant detour for other tourists as well. Some of the island’s most isolated beaches are situated here, so make sure you pack your swimmers and towels. Ensure that your rental vehicle is well-fueled before heading off to the remoter parts of Langkawi as petrol stations, which are not plentiful on the island in any case, are particularly few and far between once you wander away from the more populated areas. 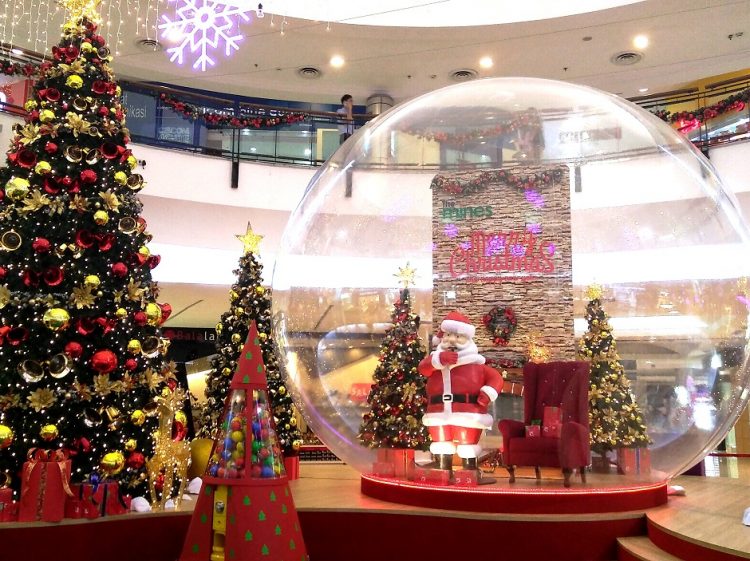