Thanks to the Tim Ho Wan team for this preview of the outlet, which replaces Italian eatery Blu Med on the boulevard. This foray into Malaysia is part of the brand’s exuberant expansion since last year, with offshoots spreading across Singapore, Hanoi, Manila & Taipei; outposts in Sydney & Melbourne will unfurl next year.

Pan-fried carrot cake, a relatively low-grease rendition, textured with morsels of pork (RM9.80 for three pieces). Tim Ho Wan’s main challenge might be managing expectations; there will be plenty of people who’ll insist on telling you, “not as nice as the ones I had in Hong Kong,” or others who’ll complain it’s overrated. They’re not necessarily wrong, but they are wrong-spirited.

The two other ‘Heavenly Kings’ – considered a primer to Tim Ho Wan – comprise smooth vermicelli rolls stuffed with pork liver (RM10.80 for three pieces) & autumn-hued steamed egg cakes (RM7.80) that everyone calls fluffy for a reason – that’s what they are; plus, they feature pleasurably natural-tasting nuances of eggy flavour.

But this is our favourite item at Tim Ho Wan – this is what we loved the most, the gem of the menu: Congee that’s been blended with salted egg yolk, so each creamy spoonful is rich & tastes drop-dead fantastic, tinged with bits of salted egg, century egg & pork (RM9.80). This is what we’d line up for.

If a dim sum meal is meant to be all about comfort food with flavours that transport us back to our happiest around-the-table memories with family & friends, then the rice with fried egg & tender beef might do the trick (RM10.80). Uncomplicated virtue.

The stand-outs from the steamed selection are probably the two items that are listed last: Flavoursome Teochew-style dumplings & spinach dumplings with shrimp. The stand-outs overall at this restaurant might be its staff members, who work with a cordial grace & calm efficiency despite the crowd’s demands, serving everything swiftly & clearing plates promptly.

Fussy palates will voice scant joy over the siu mai (RM10.80 for four), har kao (RM11.80 for four), beef balls with bean curd skin (RM7.80 for three) & bean curd skin rolls with pork & shrimp (RM8.80), but fussy isn’t equivalent to discerning. While these recipes might not pack the strongest punch, they’re consistent with the well-thought-out flavour profiles of the food here.

Lotus leaf glutinous rice (RM12.80). Dim sum here is reputedly made to order – not pre-steamed & reheated. And there were no tell-tale symptoms of thirst after we enjoyed this lunch.

Tim Ho Wan’s dessert list is short &, well, sweet: Choose chilled osmanthus cakes (RM6.80 for three) or mango sago pomelo (RM6.90); either should prove a prudent option. All in all, we’re happy Tim Ho Wan has opened in KL; it might be more of a curiosity-satisfying destination for most customers right now, but we hope it’ll eventually settle into becoming a reliable one too.

Outlet opens at 11am daily, queue could begin well before then. 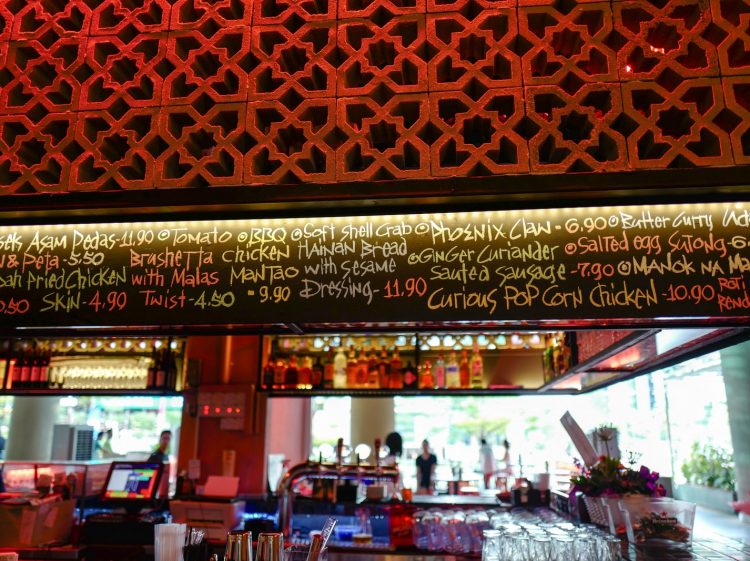