Upstairs is where the party’s at: Husband-&-wife team Manfred & Ai Peng presented their much-anticipated first-born to the world this week – a casual first-floor cocktail bar that hums with humour & heart, fulfilling Manfred’s yearning to run his own watering hole ever since he tended bar during his varsity years in Sydney. Lou Shang is a labour of love that’s imbued with the couple’s personal flourishes, from hand-picked wallpaper to a suspended tree trunk with branches from their home compound.

This is one bar where the bites prove as essential as the booze – Lou Shang’s fusion tacos taste best, vividly imaginative & vibrantly complex. The knock-out is the ‘Canto-Pop’ taco (RM8.90 for one, RM16.90 for two), with kitchen-made pork char siu that lands a salty punch, pickled apple & cabbage slaw for a zesty slap, & spicy kewpie mayo for a tongue-tingling kick.

The ‘J-Pop’ taco is lighter on the palate, with moist, miso-marinated sea bass, plus pickled Japanese cucumbers, yuzu relish, radish, seaweed & sesame seeds. The dim sum steamer basket presentation is eye-catching, but it serves a practical purpose, keeping the tacos warmer for a little longer – a credit to the sharp minds who work behind the scenes & stay in the kitchen till long past closing time, painstakingly preparing char siu & other ingredients for the next evening’s crowd.

A ‘K-Pop’ taco completes the menu’s round of East Asian/Tex-Mex musical chairs, with beef striploin marinated for 24 hours in bulgogi marinade, paired with kimchi salad & mayo. The juggling of cross-border influences may seem like the gastronomic equivalent of aerial acrobatics, but Ai Peng has been walking the tightrope in KL’s culinary circus for more than awhile now – she’s also among the co-pioneers of The Red Beanbag, one of the city’s earliest & most celebrated Melbourne-inspired cafes.

The Korean persuasion is pervasive – even arancini, Italian deep-fried rice balls, aren’t spared, tinged with kimchi & topped with bibimbap sauce (RM16), while ‘Kok Kok Kaaaiii’ (RM16), a close cousin of Korean fried chicken, comes with gochujang dipping sauce. On their own, these recipes could be tweaked, but in Lou Shang’s context, they do what bar snacks need to.

Lou Shang is one of the Klang Valley’s ironically few speakeasy-style bars that don’t dodge pork – it’s worth digging into the shoestring fries, served nice & hot, deliciously drizzled with salted caramel & candied bacon. There are also bacon-wrapped Medjool dates with cream cheese that cleave to a similar sticky-sweet-savoury motif. Both RM14 per serving.

Lou Shang is still finding its footing for the beverages, with its main bartender only starting work this week & another to follow next month. But there are gallons of potential in these cocktails’ mischievous sense of fun & bravado, from the Bonsai Kitten (RM28; Havana Club three-year-old, creme de cacao, baileys, green tea powder, milk) to My Sassy Bini (RM33; dragon fruit, strawberries, bombay sapphire, pomegranate liquor, lime juice, basil). Floor manager Cyril is happy to offer recommendations, but be warned: Refrain from inviting Ai Peng over for a drink – she’s been known to get completely sloshed after half a glass.

One of the reasons Lou Shang will be a hit is its come-as-you-are, everyone’s-a-friend vibe. No fuss, no worries – whether you heading here in office wear after work or in T-shirts & shorts after a futsal match, the only house rules that apply are, relax & enjoy your visit – easy after a few sips of the Pirate’s Bay (RM30; extra spiced rum, raspberry liquor, lime juice, coconut water) or Tau Keh’s Delight (RM35; Chivas 12-year-old, Hennessy VSOP, apple, creme de cassis, lime, orange bitters, ginger ale).

Booze-flavoured ice cream cookie sandwiches are also available – rum & raisin or cointreau & lemon – (RM16 for three), raising the tantalising possibility of a naughtier-than-nice childhood indulgence for grown-ups. Merely mild though; adults might favour the 18-&-above titillation afforded by the bar’s whiskies & wines (reds & whites starts at RM28 a glass). 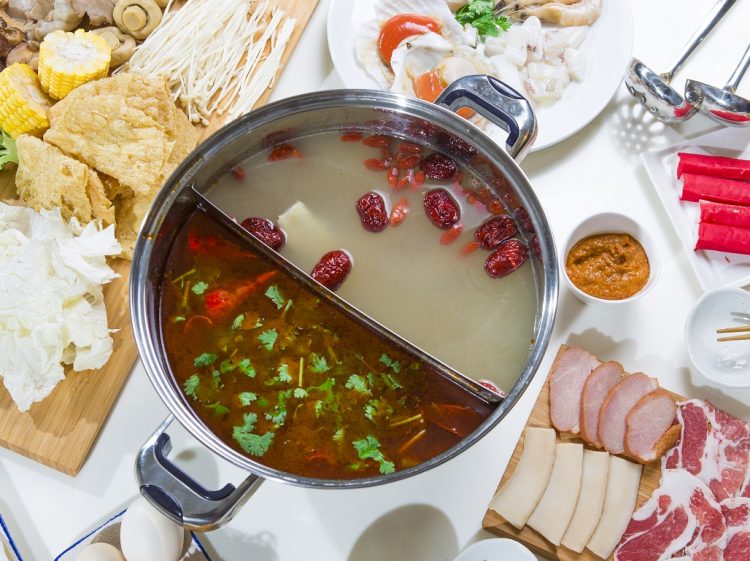