KL’s first cafe that specialises in both savoury & sweet waffles served in the spirit of experimentation has opened this week in Taman Tun Dr Ismail, setting the stage for what’s expected to be a welcome explosion of waffle eateries in the weeks to come.

Moo Moo (RM25), basically a waffle burger, with sirloin beef patty, cheddar, slaw, relish, crispy bacon & berry BBQ sauce, showcasing the skills of chef Fazli, a vet of establishments like Garibaldi & The Morning After. Are these recipes perfect? No (some need more sauces, others could use fine-tuning in the choice of components), but they’re still convincingly tasty & competently textured, hearty & well-priced, served by a hospitable & enthusiastic team that wants customers to leave satisfied.

Chequers’ waffle version of Eggs Benedict (RM18) with watercress salad makes for a fun change. We like how several different types of kitchen-made waffles are available at Chequers, creating a more compelling sense of variety – this ‘Down Home Benny’ comes with extra-crispy waffles, while other offerings might surface with, say, waffles laced with pumpkin & cinnamon. Bonus trivia: Terence & Michelle were inspired to start a waffle place following their food experiences in the U.S.

Of course, there’s a vegetarian waffle too – tinged with bits of spinach, topped with a grilled portobello mushroom, glazed cherry tomatoes, balsamic reduction, rocket salad & shaved parmesan (RM18). Chequers can still push the envelope further with even more imaginative combos, but this works well enough for a promising beginning; the team says it tried out some Asian flavours, but chose to start with a streamlined Western selection first, which functions fine for consistent flavour profiles.

Coffee is available, as are root beer-based beverages (like this one mixed with chocolate, milk & ice cream), but the star of the show is ultimately the waffles at Chequers, a destination that deserves attention this December. Head here soon before the crowds come. The Road to Clean Eating Begins at Nourish 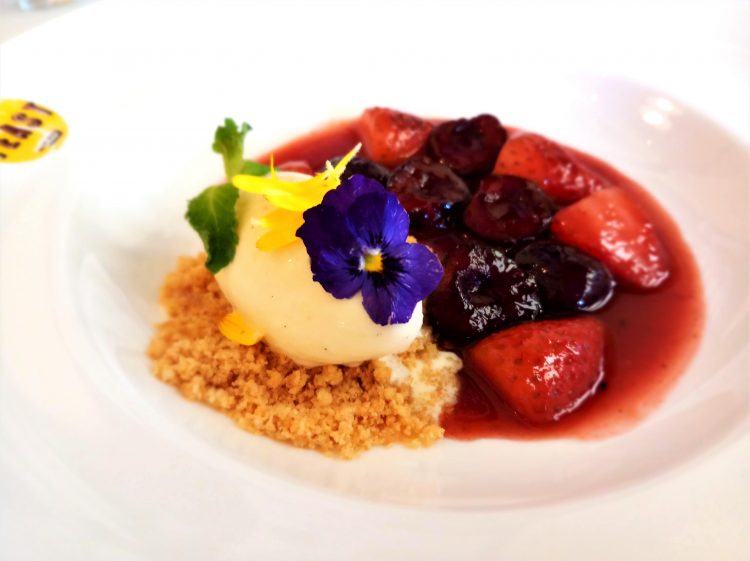