This review is brought to you in part by Amphawa Thai Tea and Co KL.

Scarcely a month after launching in KL, Amphawa Thai Tea & Co has settled in nicely at Mid Valley – this Malaysian-run brand initially made a name for itself in Johor Bahru, having amassed a following in the southern capital since 2012 with its Thai-inspired beverages and snacks, drawing inspiration from Bangkok’s floating market of the same name. Get your drink on with Amphawa’s wide range of Milk Teas, Sodas and Ice Teas. At its core is the Thai Milk Tea (RM 8.90), maintaining the unmistakable nuances of Thai tea – creamy and milky, without being too sweet. 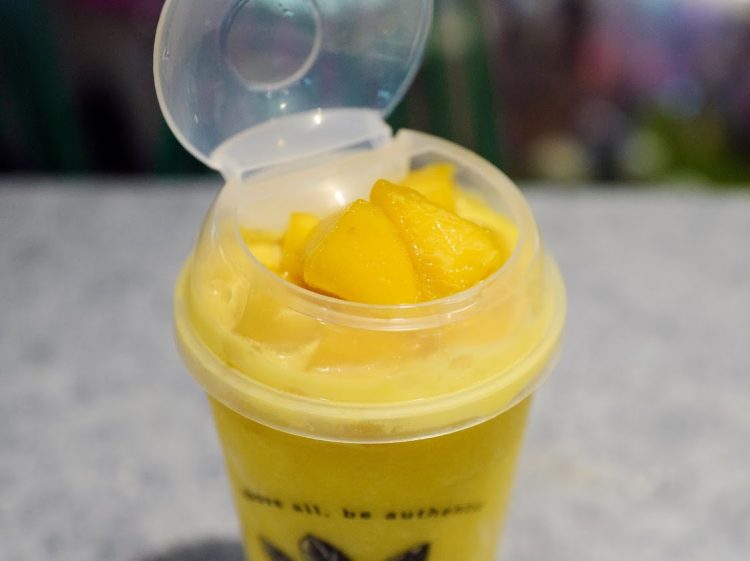 For something whimsical, try the Cheese Green Tea (RM 10.90), which lends a thicker texture to the traditional ocha flavour, with a slight extra sharpness from the cheese. If you prefer fruity flavours, the Ice Blended Mango (RM 12.90) includes mango slices for the most precise tropical lusciousness. There’s more than tea here: Amphawa also stocks an assortment of authentic rice noodles with red tom yum soup that’s unstintingly on the spicy side, with a full-bodied flavour that conveys a mild tang.

The Amphawa Signature (RM 7.90) is the most budget-friendly choice, containing prawns and egg, while the Tom Yum Seafood (RM 12.50) comprises prawns, squid and mussels for a heartier meal. The noodles are normally served immersed in the soup; they’re separated in the photos here to showcase the ingredients. Dessert possibilities include the Mango Sticky Rice (RM 9.90), a classic with fresh mango and coconut milk, and the Milk Tea Kaya Toast (RM 6.90), which comes with a thick, crisp slice of bread that’s richly smothered in sweetness. Coconut Ice Cream is also available.

Amphawa Thai Tea & Co plans to continue refining its menu in the imminent future; expect more outlets to open in the Klang Valley as the months go by. Many thanks to Amphawa for having us at Mid Valley.